Learn how to reduce translation costs by internationalizing layouts.

After the translation, the layout of the translated documents often has to be  adapted. For example, the sizes and positions of text frames and graphics have changed, images and colors have been switched, fonts and font sizes, numbering and bullets, hyphenation, etc. have been adjusted. Depending on the type and language of the document, this can involve varying amounts of work. The associated costs for foreign language typesetting are calculated per page or per hour. Depending on the type of billing, these can easily account for up to 50% of the actual translation costs. Costs for foreign-language typesetting are therefore another item among translation costs where there is often great potential for optimization. This is mainly due to the internationalization of the layout. Below we have compiled some examples for you.

Most document and layout creation programs store content in Unicode or UTF-8 by default. Still, in practice, problems with the representation of characters caused by incorrect coding occur again and again. Encoding problems primarily occur when content is exchanged between systems or copied back and forth manually, or when the encoding in databases or text files is not set correctly. This type of layout problem is particularly common in software products and web applications. They can easily be avoided by setting the encoding in projects to Unicode or UTF-8 by default, even if you are initially only working with one language that is correctly shown in another encoding. The subsequent conversion of encodings always requires considerable additional effort.

Example of coding problems in Russian: The text on the left side is stored in UTF-8, on the right in ANSI

Depending on the language pair, the length of the text changes with the translation. Depending on the language pair, texts can be up to 50% longer or shorter on average. If the translation and the associated text length changes were not taken into account when creating layouts, the layout must be adapted manually after the translation. For example, text boxes or frames are enlarged, font sizes, widths and spacing are reduced, graphics and images are reduced or, in the worst case, texts are abbreviated. This is particularly problematic if the original text occupies the entire page or the available space. Especially when it comes to printed documents, a change in length may mean more pages, i.e. higher costs for paper, printing, binding, packaging and transport.

Adapting the layout after the translation is sometimes associated with high additional expenses and unplanned additional costs. In practice, this often leads to production delays. Instead of adapting the layout for several languages afterwards, it is advisable to think about the possible effects of text length changes in the project’s languages beforehand. The layout of the documents can then be designed in a way that text length changes do not pose a problem, and subsequent work can be avoided or reduced to a minimum. This applies both to traditional documents as well as to software and web interfaces. For the latter, the available space and the adaptation possibilities are often limited. Depending on the language pair, the change in text length can deviate significantly from the average for some of the short texts.

When selecting fonts for documents, software or web applications, you should be careful to ensure that the fonts support all language-specific characters of the project languages. A font that can only represent the source language or related languages is often selected in practice. If a text is translated into a language from another language family for the first time, e.g. into a Slavic, Arabic or Asian language, people are often surprised when only boxes appear instead of the language-specific characters. In the best-case scenario, it is then possible to purchase the support for the missing languages from the same font family. In the worst-case scenario, it is a company-specific font for which there are no other language-specific characters. The only remaining option then is to replace the font with an alternative font. This means extra work to adapt the layout due to different font widths, etc.

When designing layouts, visual formatting and content structuring often conflict with each other. Many graphic designers focus primarily on visual design when creating layouts. For example, hard and soft line breaks are used for paragraph layout instead of paragraph styles. The use of soft line breaks for visual design in particular is problematic given the change in text length during translation, as they subsequently have to be adapted. The same applies to the use of hard breaks, in particular within related units, e.g. sentences. The use of tabs to format lists or to create tables and tables of content is also problematic. The indents created by the tabs can shift in the target language and require subsequent layout work, also due to the change in text length. These can be avoided by the consistent use of tables and table format templates, or automatically created tables of content.

Avoid text in illustrations and graphics

For example, if untranslated text in illustrations is overlooked in operating instructions, this may lead to difficulties with understanding. The user may not be able to perform certain steps. This may result in an increase in customer service requests. In the worst-case scenario, something this trivial can negatively affect the image of a company or a brand.

If the use of text in graphics cannot be avoided, you should be careful to ensure that open file formats (Adobe Illustrator AI, Photoshop PSDetc.) are provided for the translation, in which texts are stored and editable in separate layers.

In the next part of our blog series on  "Optimizing Translation Costs" you will learn how to reduce costs by choosing the right format for the translation. 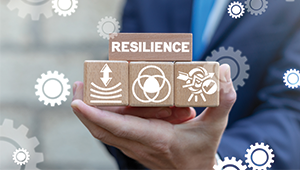 When stress knocks, make sure it's you who answers. Guest blog by coach, mentor & podcaster Roman Zelenka 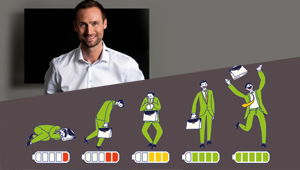 Learn which format is best for the translation. 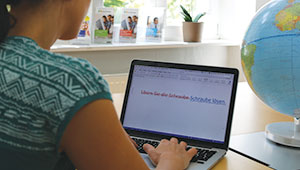 Learn how to write source documents in a way that they can be translated optimally and cost-effectively.

Where do translation costs come from? What do they consist of? Where do hidden costs lurk?